Congratulations to all our Winners!

This year is our 10 year anniversary and NextGen Under30 set another record for participants.

Congratulations to all our Winners!

(Order a printed copy here, or click image for a PDF version)

Don Swift, publisher of ionOklahoma Magazine, founded the 30 Under 30 NextGen Award program in 2011. Since then, over 3,000 outstanding individuals aged 30 years and younger have been nominated for their contribution to their organizations and communities. Originally focused primarily on Oklahoma City, in 2016 the program was enlarged to the whole state of Oklahoma. The number of winners was increased to 297 winning in sixteen career categories, and category sponsors joined the program to promote nominations in their respective fields.

In 2017, the program was scaled back to 185 winners in 15 categories, along with other improvements that helped us serve the entire state. There were hundreds of applications that year, each including an essay that sometimes ran to three pages. The judges had a great challenge to choose the 2017 NextGen Under 30 Winners and the 2017 Honorable Mention Winners.

The 2017 NextGen Awards Ceremony was moved to a new home at the Embassy Suites Hotel and Convention Center in Norman.

In 2018, the program was once again expanded, with 267 winners in 15 categories. The Awards Dinner and Ceremony was largely redesigned, streamlining the introduction of winners and featuring charismatic speakers from around Oklahoma. About 900 winners and their friends, colleagues, and family filled the convention center’s hall. NOTE: September 22nd at 10:00, photo in the Blue Room at State Capital
with the Lt. Governor. 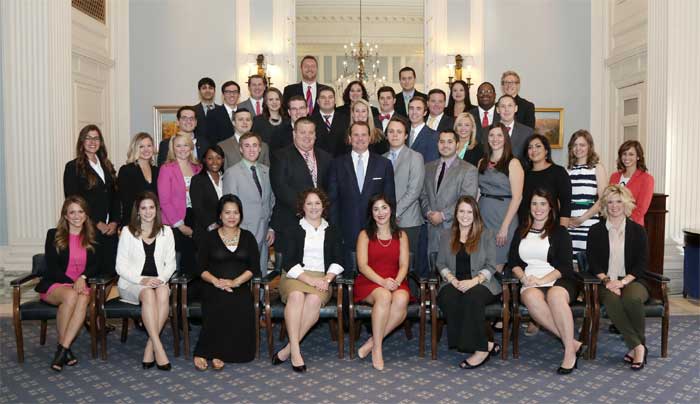 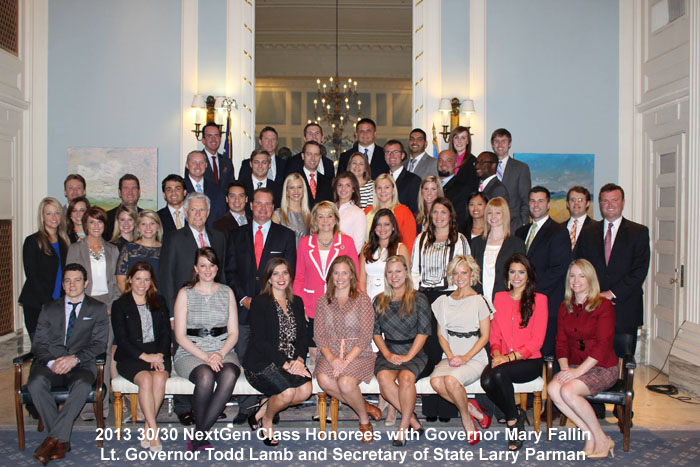 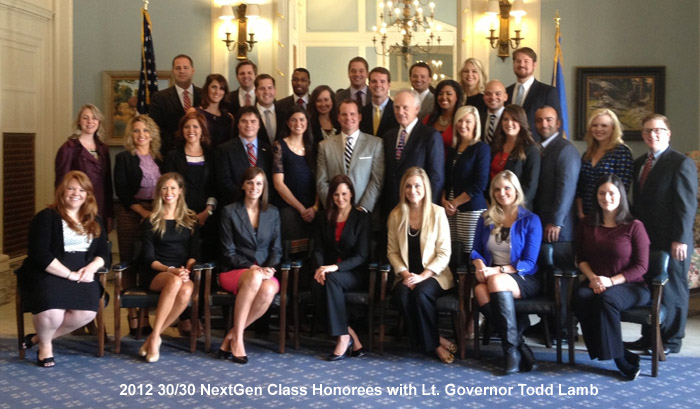 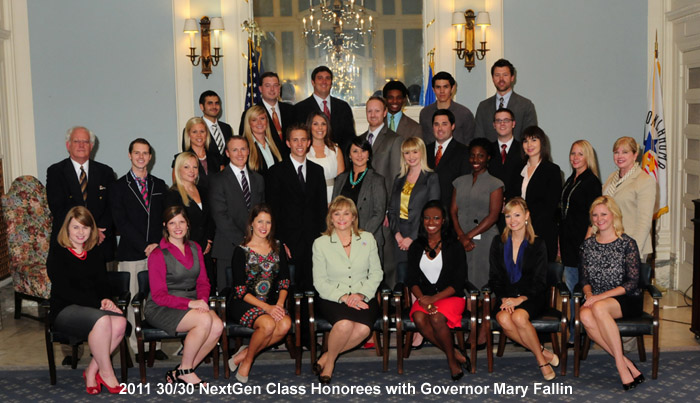